Why We Resist Grief 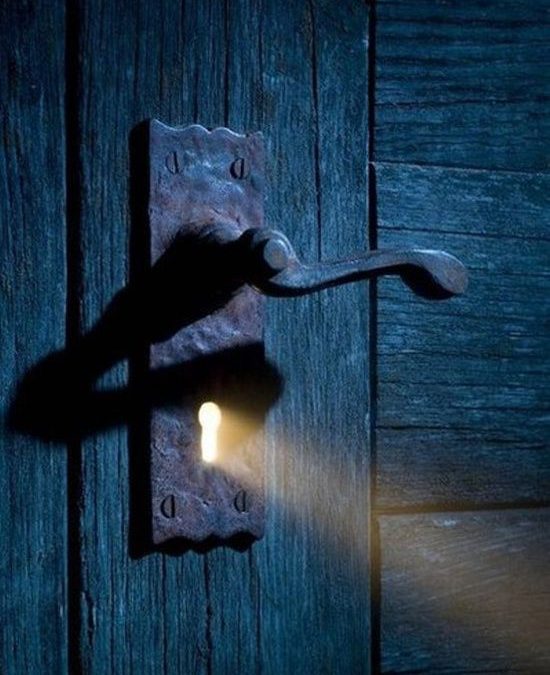 Language and culture shape how we interpret and define our emotions. We tend to forget that, but it is particularly enlightening when it comes to understanding more about grief.
All emotions are experienced through the lens of culture, and grief is a feeling many cultures dread or are, at least, reluctant to openly discuss. Since all grief is about coping with the experience of loss, it follows that the greatest grief we carry is the loss of our own life.  Given this reality, it seems logical that the most pressing question before us is, “Am I making the right use of my scarce and precious life?” Most of us don’t ask the question often enough; many of us avoid it entirely.

In his recent New York Times article with the disquieting title, To Be Happier, Start Thinking More about Your Death, author Arthur C. Brooks points to studies that show time-use choices are grossly out of alignment with the activities participants identify as being most important to them. What keeps us from pursuing that which we say satisfies us most? Brooks explains one critical aspect, “Our days tend to be an exercise in distraction. We think about the past and future more than the present; we are mentally in one place and physically in another. Without consciousness, we mindlessly blow the present moment on low-value activities. The secret is not simply a resolution to stop wasting time, however. It is to find a systematic way to raise the scarcity of time to our consciousness.”
Who Defines Loss?

Undoubtedly, we routinely “cheat” contemplating death through distractions, avoidance and denials accomplished through the complex machinations of our brains.  In 1973, Ernest Becker argued, in “The Denial of Death,” that avoidance of death is built into the human mind. Becker wrote, “The irony of man’s condition is that the deepest need is to be free of the anxiety of death, but it is life itself which awakens it, and so we must shrink from being fully alive.”

Grieving, the natural response to real loss (and the perception of loss) challenges our sense of identity.  Although our identities (the stories we adopt about who we are to maintain a sense of control) are formed early in life, they are mostly based on a self in relation to something or someone else. When we feel the sense of loss so basic to feeling grief, our foundation is shaken as we face the question of who am I without this person or thing? Because public discussion about grief is rare, those who grieve often rely on comparing their experience to that of others.  Although we can find some consolation in realizing that others also feel the pain of loss, it is not ours. Who is to say what we can grieve?

The implicit cues we receive in cultures that keep grief in the dark suggest a hierarchy of pain, suffering and loss.   How can we grieve the loss of a beloved pet when there are millions of people suffering unimaginably in the world today?  Because grief triggers so many associated feelings – guilt, regret, fear, anger, sadness, hopelessness and despair, we often repress our own sorrow because it doesn’t seem as great as that of others.

Grief is a response to our experience of something we have lost or believe we are in danger of losing. And often these are the people/things/ideas we love most –  that give meaning to our sense of existence. While there is more universal acceptance in understanding the loss of family and close loved ones, there is often less clarity when it comes to other forms of grieving. When a loved one dies, we may not only mourn the loss of our relationship to that person, but their relationship to the world. My son no longer has his father. My friend no longer has a partner. My husband will never travel to his favorite place or see a sunset again.

But what of the losses suffered when people are ill and cannot function as they had in their normal lives?  Is my suffering less acceptable if I grieve the loss of a rewarding career once I have to leave it because of retirement, illness or even involuntary unemployment?  Can I mourn the loss of the home I lost to foreclosure or the country I was forced to leave because of war or conflict?  How much grieve is socially tolerated? How long can I suffer and withdraw from “business as usual” before someone inevitably judges my pain as too much?
People grieve for and about many things:  past relationships, fading youth, lost hope, lack of community, the state of the world and yes – even dead celebrities.

Public Grieving, Public Shaming and the Loss of Ritual

While some cultures still maintain specific guidelines about death rites and mourning, individual social behavior has moved more from public grieving rituals to private ones for a century.
We’re a long way from Victorian-era garden cemeteries, designed for public use with elaborate mausoleums, statuary and picnic sites.  With cremation expected to exceed casket burials for the first time in the U.S. this year, the trends aren’t just driven by the economics of burial costs and cemetery space; people’s views about death are changing. But as end of life rituals are becoming simpler and more private, awareness that grieving is a normal and necessary part of the human experience is growing.
But, where do we take our feelings?
In her article, Enter the Grief Police, author Megan Garber, attributes the advent of psychoanalysis with its emphasis on the interiority of the individual, as a major factor in the shift in 20th century behavior toward grieving, referring to descriptions of grief  “as something to be kept under complete control by strength of will and character, so that it need be given no public expression.” Garber contends that “Today, that tradition continues. Grief, in the popular imagination, is a sadness to be experienced and carried and borne as silently and as stoically as possible. And yet mourning, too, has a public face: condolences, wakes, the sharing of memories and sympathies. That juxtaposition leaves many confused about how to celebrate the dead, how to comfort the living—how, in short, to grieve together.”

As 20th century trends left less room for the public rituals that gave more structure to the grieving process, the 21st century offers the possibility of uncharted territory for more open emotional expression.  Displays of grieving for deceased public figures are not new – but the global reaction to the death of Princess Diana glimpsed the future that social media would provoke in the era of international celebrity. These new digital platforms for public mourning, says Garber, incur the wrath of the “grief police” who would challenge “the notion that there is but one way to grieve, and that deviation from that way is wrong.”  Garber singled out the hard-as-nails commentary by The Sunday Times critic, Camilla Long who told online Bowie Blubberrers (as she called the grievers of musician David Bowie’s death) to “Man the fuck up and say something interesting.”

Calling detractors “grief ombudsmen,” The Pool’s Sali Hughes, writes, “Apart from being spectacularly rude and shamefully cynical, the sneery grief police also rather missed the point. Because despite what the doubters would have you believe, you don’t need to be a Bowie mega fan to feel the loss.  Whether you feel grief or not is not within the jurisdiction of you, or anyone else. Feelings just are.”

The Sanctity of Grief

Acting against the mainstream beliefs of the times, the late psychiatrist, Elizabeth Kubler-Ross, introduced the ground-breaking five stages of grief theory in her 1969 book, On Death and Dying.  Much hailed and criticized, Kubler-Ross provided a structure to begin to understand the complexities of one of our most enigmatic emotions – grief. But as later studies would show, Kubler-Ross’s work was more theoretical than empirical. Though she captured the range of emotions that mourners experience, later  research found  that grief and mourning don’t follow a checklist; they’re complicated and untidy processes, less like a progression of stages and more like an ongoing process—sometimes one that never fully ends.
Writing at the end of her life, Kubler-Ross shared that grieving is “so much more than five stages.”

Whether we grieve in public or in private, grief takes us to the darker, most untouched places in our lives.  When we allow our grief, we enter into the mysteries of what we call life. There we can touch fear, anger, regret and yearning – mostly yearning, for someone/something we can never fully grasp.

Ultimately, this bittersweet truth is something we must come to respect in ourselves and in others. It is, in fact, our most common bond.
If we stay open to the deep and rarely glimpsed feelings unearthed in our grief, we can learn a great deal about what is truly important to us.
In her book, Healing through the Dark Emotions, Miriam Greenspan writes, “Whatever the nature and extent of the loss, we grieve because we are not alone, but because we are interconnected and what connects us to others, also breaks our hearts.”