The Voice In Your Head – What’s Your Workplace Narrative? 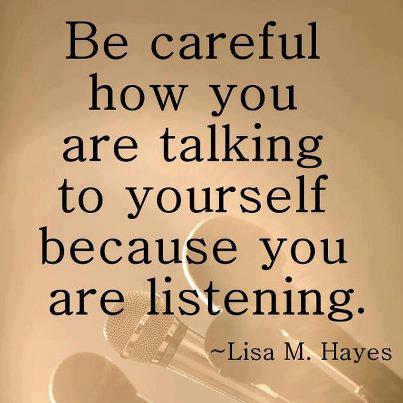 You have a mental dialogue going on in your head that never stops. It just keeps going and going. Have you ever wondered why it talks in there? How does it decide what to say and when to say it? How much of it turns out to be true?
What’s your workplace narrative – you know your storyline about your job, your boss, co-workers and the company you work for?
Actually, your narrative goes beyond that – it’s the accumulation of all your experience and thinking about everything that goes into your work.  Your narrative is a product of everything you believe or have experienced that has anything to do with work.
When you tell yourself something like, “There is never enough time to get everything done,” you are not simply focused on the task at hand. More likely, you are voicing many accumulated frustrations and the prospect of more to come.  This is not to suggest that many people are not overburdened, overworked and overextended. They are.  While there are many reasons for this – and forces to “blame,” the Voice in your head is the one thing within your private domain to control.

The Narrative Matters. It can Inspire – It can Deplete

In this blog, we’ve talked about the inner critic that incessantly stalks and drives many of us.  We’ve discussed how beliefs trigger our feelings and shape our actions.  Both of these dynamics create powerful themes that influence the stories we tell ourselves about work, relationships, health, family, what’s possible and what isn’t.

Because work is such a time-consuming and identity-shaping theme in most people’s lives, the narratives we form, over time, are deeply important to understanding our feelings, values and motivations.
Our narratives are usually very resilient. They survive despite experiences that challenge them.  What’s important to remember is that every narrative generates multiple feelings and behaviors. Most of us don’t act outside of our narratives. Our actions reflect a particular narrative we have about people, places, things and events.
Notice your emotional reactions as you are reading some sample narratives below. Some may be familiar, some not. Some may be yours.  The amount of resistance you have to a particular narrative should be a clue to investigate it further.

I’m not suggesting that some of these items can’t be “true,” but if you are constantly running these narratives in your mind, you can’t expect to feel good or perform well in the process!

The Narrative is the Voice Inside of Your Head

If you are like most people, the voice in your head rarely shuts up. It’s like a constant companion. We try to distract ourselves from the Voice but no matter what we do it’s rarely quiet. It’s there before we go to sleep and the minute we wake.  Sometimes the Voice is more demanding than at other times.  Sometimes the Voice is really bossy, even dictatorial. Sometimes it’s just annoying.

Here’s a simple workplace scenario… You forgot to give a colleague of piece of information you promised today. You realize it on your way home from work…. The Voice takes over:

“Oh no, I forgot to email Sean with that information! I can’t believe it. Oh God, I really should have. What’s he going to think? Should I pull over and do it right now?  I wonder if he realizes it. Maybe he’ll forget? I could do it when I get home or maybe it’s ok to wait until the morning?  No, I don’t need to stop the car, now. Later is ok.  How could I forget it when I made a point of saying it was not a problem? What’s wrong me? Too much work, too many things to remember.”

And unless you have the awareness and the skill to shut the Voice down, it either continues to run the same tape or shifts to another topic…..

You pass the supermarket at this point. Your mind notes that you planned to stop there on your way home tonight.  The Voice takes over…

“Oh I can’t stop now. I have to get this email out. But unless I stop we won’t have anything for breakfast and I promised the kids something for dessert tonight. I have to get more organized with the shopping list. There are other things I need too but I don’t have time.  I should have done this yesterday.”

So who/what is this Voice and what does it want? Does it want to be helpful? Does it want to get your attention so that you change your behavior? Does it have its own agenda? Why is it so pushy and even mean?  What’s its value?
See the Voice inside your head remembers everything – doesn’t it? It never seems to be forgetful or make mistakes.  In his brilliant book, The Untethered Soul, author Michael Singer discusses ways to relate to the Voice, “The best way to free yourself from this incessant chatter is to step back and view it objectively. Just view the voice as a vocalizing mechanism that is capable of making it appear like someone is in there talking to you. Don’t think about it; just notice it.  No matter what the voice is saying, it’s all the same. If you are hearing it talk, it’s obviously not you. You are the one who hears the voice. You are the one who notices that it’s talking.”

The Voice Feeds on Your Narratives

Write down your top 5 narratives – job/work, money, primary relationships, health, future prospects – and begin to listen to the Voice more attentively – you’ll see how the Voice relies on your narrative to give it life.  The Voice also feeds on the past and the future.  It’s not really concerned with the Now except to tell you that there is something about the past and future you aren’t noticing.  When you really start paying attention the Voice, you’ll realize that there is always a problem.  The Voice is never content.  If you’re not careful, the Voice becomes the narrative.

What Does the Voice Want?

Control.
The Voice is responding to feelings – usually unexpressed, unexplored feelings. All emotions are energy in motion (the Latin root of the word for emotions means to move energy).  When those feelings/energies become pent-up and pressures mount, the Voice gets louder and more frequent.  But according to author Michael Singer, even when you are not particularly bothered by something, the Voice still talks. You could be walking down the street and it says things like, “Look at that dog! It’s a Labrador. Hey there’s another dog in that car. He looks like my first dog. Whoa, there’s a cool car. It has Alaskan plates. You don’t see many of them in this area.”
Singer believes that the Voice makes us feel more comfortable with the world around us. Like backseat driving, he suggests that the Voice helps us to feel like we are in more control of the world than we actually are. To some extent, what the Voice is seeking is the certainty that doesn’t exist, despite all of our mind’s machinations.

Freedom from the Narrative

We can free ourselves from the Voice.  Understanding the complexity of emotions, thoughts and sensory inputs isn’t easy – but it is possible. The payoff is a quieter, clearer mind and feelings that don’t feel oppressive.
The first step in freeing ourselves from unhelpful narratives is to define what they are.  Challenging the validity of your narrative is a critical step in this process.  How do you know these themes that organize your behavior and drive your feelings are true?  What are the beliefs that you carry that fuel the narrative? And what needs are you trying to satisfy in keeping the narrative alive?
Once we begin to unravel the grip of limiting narratives, we can begin the process of forming new ones.  Designing new narratives doesn’t mean creating far-fetches ideas that don’t resonate with realities.  It requires subtle exploration of themes that more accurately express what we truly are and where we want to be.

Thanks for reading!
Louise Altman, Intentional Communication Consultants
Join us here if you’d like to receive our occasional general mailings!