We Need to Belong 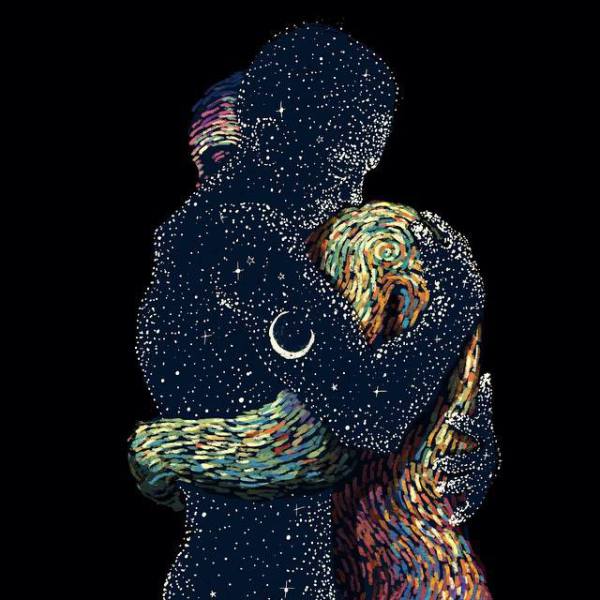 I continue to be surprised by the lack of understanding we have about what we humans need to thrive.   Of course, we know this.  Modern psychology has studied and  confirmed that without social connection, humans simply cannot thrive, They may, in certain cases, even die.

Yet, many of us do not live as if we truly know this. This, I’ve found, is particularly true when it comes to the world of work and business.  The driving force behind the business model is still money, which I assume is supposed to cover all human needs. In most educational systems there is little or no education about human social-emotional development. We’re trained to function and succeed (some critics would argue rather ineffectively) in business environments and institutions where, curiously, there still exists a serious lack of interest in human dynamics.

Along the way to employment, we learn that work shouldn’t be personal, instead a quasi-contractual agreement to perform certain services for compensation.
Although the ground’s shifting with the advent of technology, globalization, social media and neuroscience, a few basic premises still underpin what most people believe about work.  In his book The Shallows, Nicholas Carr writes, “The concept of the adult brain as an unchanging apparatus grew out of, and was buttressed by, an Industrial Age metaphor that represented the brain as a mechanical contraption.”

Carr explains that like steam engines or electric dynamos, it was believed that the nervous system was made up of unchangeable parts with specific set purposes necessary to make the whole function. Set in motion in childhood, they were impermeable to change.  This dogmatic, compartmentalized view of the human mind still drives much of the way we work – and the way we live.
Despite the current attraction-aversion to science (especially prevalent in the U.S.) there is a great deal we now know about human behavior that is not only relevant to business interests, but should be reason to rethink much of how we organize our social/economic systems.  The information, largely without academic controversy, should motivate us to reorganize our schools, institutions, family life and workplaces to address human needs. This isn’t touchy-feely – it’s human neurobiology with major implications for social functioning.
Here’s what we unequivocally know – human loneliness kills.
In her comprehensive New Republic article, The Lethality of Loneliness, science writer Judith Schulevitz concludes from the fast-growing research on loneliness that “these discoveries are as consequential as the germ theory of disease. Just as we once knew that infectious disease kills, but didn’t know that germs spread them, we’ve known intuitively that loneliness hastens death, but haven’t been able to explain how.”
But now – we know.

Although more people than ever recorded are living alone – loneliness as we now understand it, isn’t simply a matter of being alone. Researchers believe that it’s the lack of intimacy we experience that contributes to feelings of isolation and loneliness. Schulevitz writes that today’s psychologists understand loneliness more as an interior, subjective experience, not an external, objective condition.
Statistics measuring loneliness have doubled: 40 percent of adults in two recent surveys said they were lonely, up from 20 percent in the 1980s. Many studies have measured who the loneliest members of our societies are; while the obvious are the oldest, with an exploding demographic worldwide that’s deeply worrisome, they’re not alone. The lonely are poorer, more female than male (although unmarried men are lonelier than unmarried women) African-Americans are lonelier than whites (though single African-American women are less lonely than Hispanic and white women) the unemployed, the bullied and the retired are surveyed as the loneliest.

According to psychologist John Cacioppo, a leader in loneliness research, the amount of people we know is not what ameliorates the emotional pain of loneliness. The critical factor is the quality, not the quantity of those interactions. Studies show that a key part of feeling lonely is feeling rejected – and the self perception of being an “outsider” is what does the greatest harm. Social pain hurts physically even when we see it in others. Our survival mechanism triggers pain to prioritize our attention to motivate healing. Pain, in fact, is activated to protect not only the individual but their social bonds.

In her essay, Judith Schulevitz describes the neurobiology mechanism that drives our need to coexist, “Natural selection favored people who needed people. Human are vastly more social than other mammals, even most primates, and to develop what neuroscientists call our social brain, we had to be good at cooperating.”  Cacioppo believes that loneliness triggers our basic, fight vs. flight survival mechanisms that results in finding life unpleasant outside the safety of trusted friends and family.

The lethality of loneliness does not just impact our personal neurobiology but infects our social networks as well. Rather than simply reflecting the emotional state of one person, loneliness is more like an indicator of the social health of our species on the whole — a temperature reading of how well or not so well-integrated we are as a population. The more we learn from research in social neurobiology that more we understand that all learning is based on social interaction. The challenges and support we experience within a social context is essential to our development. Because loneliness can engender anxiety, mistrust and apprehension, it can spread unless unchecked through social groups.

Despite the language of team, today’s workplace creates many of the conditions that result in social isolation.

Yes, we’ve all heard the phrase “it’s lonely at the top;” unquestionably the constant pressure to produce and the fear of losing are common workplace maladies. While annual surveys continue to show a steady and steep decline in employee engagement, they don’t break down the causal factors that lead workers to “disengage.”

In his article, You Don’t Have to be Lonely at Work, Shawn Hunter writes, “Loneliness is not depression or shyness or poor social skills, and it certainly isn’t introversion. It’s more a feeling of estrangement, of alienation – a sense of not belonging to a place, or a culture. And the implications of having lonely people at work are big. Our sense of belonging on a team has a direct impact on our commitment to task, sense of role clarity, and collaborative effectiveness.”

This sense of not belonging to a place, a culture, a group is precisely at the heart of what loneliness research identifies as having a triggering effect on an individual. While we may not identify what we experience at work as being lonely, the effect of feeling unheard, unrecognized and forced to hide our true emotions are all characteristic of the sense of alienation that is loneliness.  Sharing the confusion and pain of loneliness is not easy. Even author John Cacioppo, felt uncomfortable holding the jacket of his new book, Loneliness, in plain sight on a plane trip. “Admitting you are lonely is like holding a big L up on your forehead,” he explained.

Under the best of circumstances it is often painfully hard to admit to our vulnerabilities. The competitive and exacting atmosphere of most workplaces makes admission of our fears even more risky. In the  Harvard Business Review piece, Why Work is Lonely, Gianpiero Petriglieri, shares his concerns of “being myself” and “the uncertainty about which self to be” early in his career. Petriglieri refers to a “cocktail of deference, conformity and passive aggression that chokes people and teams” in the workplace as violent politeness. Petriglieri reminds us that as we get closer to the C- Suite, this violent politeness becomes stronger. In fact, he says, in too many organizations, it’s what gets us there.

As more psychologists, sociologists and public health workers call for deeper and broader interventions to slow the spread of loneliness, there is no easy prescription for this complex social/emotional state. While most people experience loneliness at points in their life, it’s important to recognize those symptoms within ourselves and to reach out for help.

Daring Greatly author Brene Brown reminds us of two important aspects of managing our own loneliness: “fitting in” is not belonging and vulnerability is not weakness, in fact, it is an act of courage.  Shame, which Brown’s most celebrated TED Talk addresses, is often a by-product of loneliness. Asking for what we need and reaching out is one way of healing our loneliness – but for many people, this isn’t easy.

That’s why it is so important for us to become fine-tuned to those among us who may be feeling the emotions that can, over time, trigger loneliness – sadness, disappointment, frustration, mistrust, anxieties.  While all humans experience a range of emotions, loneliness can sneak up on us when we are in a rut, without reprieve from the enlivening of human connection.

If a prescription exists, it calls for deeper human contact – intimacy, so often misinterpreted as sexual, allows us to be seen – vulnerabilities unmasked, guards down. Every interaction with others is a choice, an opportunity to branch out towards life, without guarantees, vulnerable in their very nature. What is so important to remember is that at our core, we share the very same nature – a desire to be loved and a need to be valued.

Our bond is our common birthright, beautifully worded by poet e.e. cummings, “We do not believe in ourselves until someone reveals that something deep inside us is valuable, worth listening to, worthy of our trust, sacred to our touch. Once we believe in ourselves we can risk curiosity, wonder, spontaneous delight or any experience that reveals the human spirit.”

This is the antithesis of loneliness.