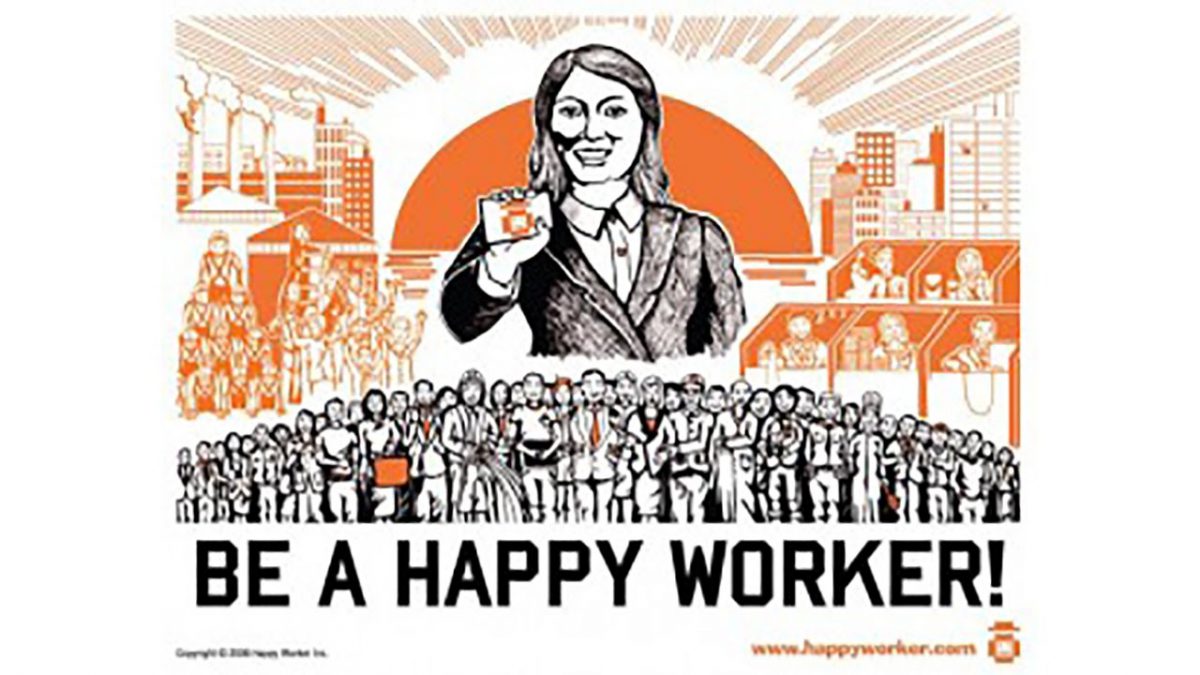 I used to facilitate a three-day seminar I had co-developed for the American Management Association on conflict management. From San Francisco to New York, I heard an endless array of workplace “war stories” over five years.  One woman’s experience remains with me today.  (Sara) was distressed and sought out my advice at the end of the first day of the seminar.
Fresh out of school and only in her job for six months, Sara seemed bewildered by many of the conversations she listened to during the day’s team activities. “Everyone here seems unhappy.  I’m here because I want to get a better understanding of how to get along with people at work.  I know this is a course on conflict, but no one seems to have good workplace relationships.  I may sound naïve but…is this the way it is everywhere?”

I really felt for Sara. Although I wanted to reassure her with positive stories of workplace goodwill and camaraderie, I had few to share from my brief time in the corporate sector.  My later experiences working in nonprofit management weren’t much better. While passion for the cause often united my co-workers, they had many of the same relationship issues as my corporate colleagues. I asked Sara the same question I will ask you – What did you expect?  What did you think it would be like to work with and for other people before your first job? Who and what were your workplace role models?

Sara’s response was typical of many people I have since asked who’ve said – I  never really gave it much thought.  She asked me if I would pose the question to the group the next day.
While most people in the group echoed Sara’s answer  – they had not thought about their expectations of working with others before they got a job – here’s a taste of some of the group’s responses.

The group’s attitudes about workplace relationships centered on two key areas – trust and time. This group, like many others that I work with, had much to say about why they feel what they feel about work relationships. Responsibility is usually squarely placed on bosses and co-workers and not personal behavior and organizational culture. While personality and communication issues are certainly contributing factors in many of these conflicts, they are not the whole story.

In  1989, Dilbert, the American comic strip, began reinforcing negative workplace stereotypes, or some might say – espousing workplace truths, in twenty-five languages and 2000 newspapers worldwide. Wally, a key character in the Dilbert series, is a master cynic. Sharing his “wisdom” in a keynote speech, Wally proclaims, “The source of all unhappiness is other people. As soon as you learn to think of other people as noisy furniture, the sooner you will be happy.”

OK, perhaps Dilbert’s not your cup of tea; I confess to avoiding it.  But surely, you’ve seen The Office, a long running (2005-2013) U.S. remake of the hit BBC 2001 series that’s been described as a “mockumentary on a group of typical office workers, where the workday consists of ego clashes, inappropriate behavior and tedium.”  Despite my concerns that cynical depictions like these contribute to cultural perceptions of toxic workplaces, I’m sure that they also touch on unexpressed truths that resonate with many workers.

Writing about the cultural phenomenon that is Dilbert, Steven Rogelberg, Ph.D at Bowling Green University writes, “There’s been a debate about whether Dilbert fuels workplace cynicism or whether cynical people seek out Dilbert.  Data suggests cynical people anticipate that Dilbert-like situations will happen, which may become a self-fulfilling prophesy.” When researchers showed various Dilbert strips to business and psychology students who had work or managerial experience they found that those students who were rated as more cynical by an earlier measurement, tended to be more cynical about their current work environment.  Of that group, those with previous work experience  reported low satisfaction in contrast to those who didn’t expect to encounter Dilbert-like situations in their jobs.

Birth of the Mechanistic Mindset

More than a century before Dilbert our work lives were shaped by the mechanistic models of time by late 19th efficiency experts like Frederick Taylor whose methods for standardization of equipment and people is assumed to have produced the economic success of the modern era. Taylor’s quest was clear; control and maximize the motions of workers to get the highest possible output for every dollar spent.  Taylor, like many architects of early capitalism, saw workers as being too strong-willed and lazy.
Taylor’s emphasis was on time and tasks. No one considered the concept of relationships among workers and conveniently maxims that the personal life had no place in business were born.  While the canons of management theory usually refer to Taylor’s primacy in understanding the evolution of the modern worker, recently historians from Harvard and Brown Universities have traced the formation of worker management back one hundred years before Taylor.

In a Bloomberg News article, How Slavery Led to Modern Capitalism, authors Sven Beckert and Seth Rockman point out that slavery was a major contributing  force in the economic boom of the 19th century.  The article highlights the role that commodified human beings played in the emergence of modern capitalism itself. “The plantation didn’t just produce the commodities that fueled the broader economy, it also generated innovative business practices that would come to typify modern management. As some of the most heavily capitalized enterprises in antebellum America, plantations offered early examples of time—motion studies and regimentation through clocks and bells. Seeking ever-greater efficiencies in cotton picking, slaveholders reorganized their fields, regimented the workday and implemented a system of vertical reporting that made overseers into managers answerable to those above for the labor of those below.”

Let’s Put All of the Baggage on the Table

Trends in corporate life have and will continue to shift, however slowly.  Employee motivation is now referred to as engagement and employees as talent.  Yet the slow-moving behemoth that characterizes much of the corporate mindset still does not really understand how human relationships work.  While there is a glimmer of realization that companies need to “leverage” people power, the fundamental beliefs that drive business are still built on a lack of understanding – and appreciation of human dynamics.

The enduring mind-body split continues to dominate the way our work systems are structured.  Leaders still model power politics. Trust polls are chronically low.  Bully behavior is still tolerated. Long, arduous work days are the norm. Tasks and projects operate in a permanent crisis modality. Many organizational leaders still do not understand (or care) that the atrophied systems, with their centuries – old legacy of people as commodities and assets, will never produce relationships that flourish, despite spiffy new buzzwords. But individuals within the system must also take responsibility for the old, unexamined thinking they bring to the table.  Workers need to understand that they bring beliefs, feelings and behaviors to work that have been absorbed from the same toxic legacies. Expectations that workplace relationships will be redefined from the top-down are unrealistic and a remnant of organizational paternalism.

If we agree that relationships are the gold standard of the work of the future – the lifeblood of personal and organizational success, nothing less than major change will make that possible.   If we believe that thriving relationships are a sign of good health, we must take steps to contribute to the growth of that collective well-being.

In Part 2, we’ll talk about rethinking workplace relationships. What’ our vision? We’ll consider some recent contributions from neuroscience about the nature of the social brain and emotional contagion, which should influence how we structure new processes and systems that enhance how we relate to each other at work.
Cynicism won’t get us there. We can all agree that the old models are not working.  Our real work is to imagine the new ones – together.