The Power of Beliefs at Work 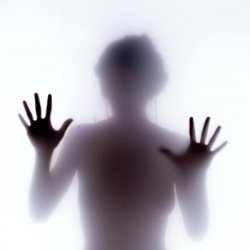 “The voice in the head tells a story that the body believes in and reacts to. Those reactions are the emotions. The emotions, in turn, feed the energy back to the thoughts that created the emotion in the first place. This is the vicious circle between unexamined thoughts and emotions, giving rise to emotional thinking and emotional story-making.”     Eckhart Tolle

Beliefs are potent because they drive behavior. Behind every action, decision and communication are beliefs. Your beliefs are made up of thousands of (mostly) unexamined thoughts suffused with emotional content accumulated since childhood. Some beliefs are more charged than others because they carry core emotional content. Often they are tied to early childhood needs that are unsatisfied and unresolved. Sometimes they fade due to adult experience and emotional maturity – but often, they do not.

Belief, a thing so powerful that it can influence life and death, has only recently been studied as part of the emerging field of social neuroscience.   “Belief has been a most powerful component of human nature that has somewhat been neglected,” says Peter Halligan, a psychologist at Cardiff University. “But it has been capitalized on by marketing agents, politics and religion for the best part of two millennia.” Fortunately, that’s changing. Scientists are now working to understand a neurological model of how beliefs are formed and how they affect us.

The studies of UCLA psychologist Matthew Lieberman, show how beliefs help people’s brains categorize others and view objects as good or bad, mostly unconsciously. His studies demonstrate that most beliefs are likely to be learned from the prevailing cultures we grow up in.

Your beliefs, or habits of mind, are sometimes based on ideas that support you.

Your beliefs, which are formed mostly outside of you conscious awareness, can sap you of energy and limit your choices.

On any given day, we’re driven by this entire network of beliefs that control what we do – and how we do it.  Largely, these beliefs are unexplored and unchallenged.  They form the basis of our assumptions and expectations about our own lives, other people’s experience – and what is happening in the world

Think of your beliefs as Walls of Protection. Constructed mostly from early experiences and reinforced through experience – over time. Unless you identify and question the validity of a belief, it will persist.  These walls can only offer superficial relief. They can never satisfy the real need that lies behind every belief. So in a sense, we become prisoners of our own beliefs. Bound up within an intricate web of interrelated beliefs, systems are created that can only be untangled, bit by bit.

Beliefs influence us most when the emotional stakes are high. For adults, workplace cultures play a big role in impacting and reinforcing beliefs.  Workplace cultures, which are the aggregate of the emotions, attitudes, beliefs, values and behaviors of the people who work there – and the organization itself, are huge transmitters of cultural norms.

When we’re at work, we’re usually either swimming in sync with the prevailing beliefs of our group, or fighting an uphill battle against them. Managers and consultants often talk about alignment as a critical tool for organizational success. But individual beliefs must first be self-aligned before they can be “on-board” with the collective goals and values of an organization.

Your Brain on Beliefs Can’t Tell the Difference

In reporting on a study examining faith and beliefs, author Lisa Miller wrote, ” Belief in God, disbelief in God and belief in simple empirically verified facts all lit up the ventromedial prefrontal cortex, the area of the brain that governs your sense of self. “We are, she wrote, in some sense, what we believe.”

That’s why understanding the beliefs that shape our thinking are critical to understanding our work “performance.”  Old, unexamined beliefs are always driving or limiting our motivation, influencing our relationships and defining our responses to change.

Why do we seem to have such a curious lack of interest in what forms the very foundation of how we live?

How many of our beliefs about change prevent us from changing – or even considering it?

Could it be that many of our beliefs (even the unpleasant ones) offer us comfort by reinforcing our world views?

A Handful of Limiting Beliefs

Some beliefs are “core” beliefs meaning they are central to our identities. Think of them as having many branches that enable, smaller intertwined beliefs. If you want to chip away at core beliefs, take aim at the smaller beliefs first.

Often, it isn’t until we are stretched to the max or worse that we change. Pain, after all, is a great motivator. We are hard-wired to resist change until the pain of not changing has a higher price tag. And we have beliefs about all these things that impact how we feel and what we do.
But change isn’t magical. Yes, sometimes experiences over time do change us – often not simple or easy. When we choose to explore our beliefs and make changes in the, we exercise the only real control we have – our thinking. Unearthing old, dysfunctional beliefs can produce real change. It can be the key to changing perception and most important, how we feel.

Thanks for reading,
Louise Altman, Intentional Communication Consultants
Join us here if you’d like to receive our occasional general mailings!