Why Worry? ~ the Emotion Series 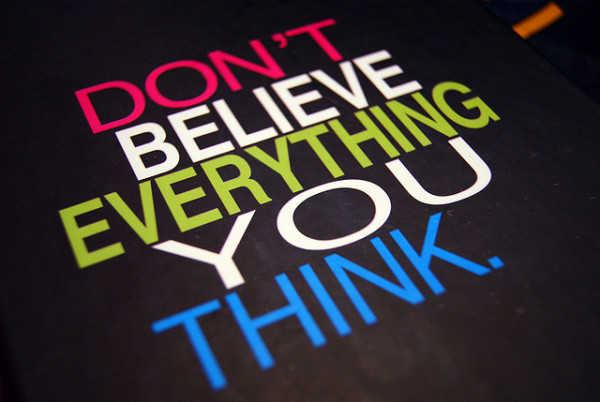 Despite many years of dedicated effort to raise my level of awareness and be less reactive to external events, I still can fall into the worry trap. It’s dark in the trap. Sometimes it feels like a power outage, waiting….waiting…waiting for the lights to come back on.  Waiting for the energy to shift.  In the worry trap, we’re always waiting for bad news, even before it arrives – and often it doesn’t. But we still worry. But that’s the thing about worry. It’s often not about actual events. It’s about what we don’t know – and most important – what we cannot control. The stark reality about worry is that – no matter how much of it we do – it will have no bearing on the real events we’re worrying about – real or imagined.
Worry is about control and how we handle our lack of it. .

Worry is highly correlated with trust, or lack of it – trust of others, trust of self – and trust of life in general.
Worry is the product of habit, and must be “treated” as such.
Worry’s roots are based in fear – and there, is the difficulty.
The neuroscience of fear makes clear that the brain’s hardwiring favors the instinct to search for impending dangers.  New York University neuroscientist, Joseph Ledoux has found that in the complex interplay of slower, conscious reason and quicker subconscious emotion and instinct, the basic architecture of the brain ensures we feel first and think second.
Our flight or fight sentry system is hardwired to detect “harmful” incoming stimuli well before our slow-poke thinking brain kicks in.  Writing in the Emotional Brain, LeDoux states, “The wiring of the brain at this point in our evolutionary history is such that connections from the emotional system to the cognitive systems are stronger than connections from the cognitive system to the emotional systems.”
It’s easy to fall into the facts vs. feelings debate when discussing the irrationality of some worries. In our analysis of the complex systems that produce the “risk perception gap,” we can lean too heavily on the absence of reason as the primary culprit in out-of-balance choices weighted by worry.  David Ropeik, author of Inside the Mind of Worry writes, “Accepting that risk perception is not so much a process of pure reason, but rather a subjective combination of the facts and how those facts feel, might be just the step in the human learning curve we need to make.”  Straddling the fence between facts and feelings are the beliefs that churn worries.  Given their early imprint on us through conditioning, beliefs are instrumental in perpetuating the thoughts and feelings that enable worry.

In her article, Turn Down Your Worry Center, Susan Krauss Whitbourne writes, “Cognitive theories of emotion, such as that of Albert Ellis, use and A-B-C model to spell out what happens to keep us constantly on edge. In this model, “A” is an activating event, “B” is the belief and “C” is the consequent emotion. The worries that plague us unnecessarily are the result of irrational beliefs triggered by the event.” Ellis’s neat model is a useful formula to help us unravel the web we often weave through worry. As with all beliefs, we need to identify the trigger, what Ellis refers to as the “activating event.” Because of the habitual behavioral nature of worry, these triggers usually come in the form of repetitive patterns, centered on certain important themes – money, work, relationships, health, etc.  I’d like to add to Ellis’s model by proposing that thoughts, in and of themselves, can act as “activating events,” re-triggering old beliefs and resulting in predictable emotional responses.  These triggered reactions throw our bodies into the flight or fight response, which makes mental clarity nearly impossible.

Despite some research connecting worrying and higher intelligence, personally, I don’t feel smarter when I worry – quite the opposite. Because worry is rooted in fear, its effects are similar in cognitive and physiological energy depletion. While it’s important to listen, ideally without judgment, to our emotions, especially those with repetitive messages, most worriers would simply like a break from the emotional grip of worry.
Raised by a champion worrier, it has taken me years to move from the category of chronic to moderate worrier status.  I share what’s been helpful to me here.

Although worry, like all human emotions, can help guide and enlighten us, it can also rob us of our vital life force. In the wise words of Dutch author and Nazi resister, Corrie Ten Bloom, “Worry does not empty tomorrow of its sorrow, it empties today of its strength.”