No Pain No Gain? Rethinking Success 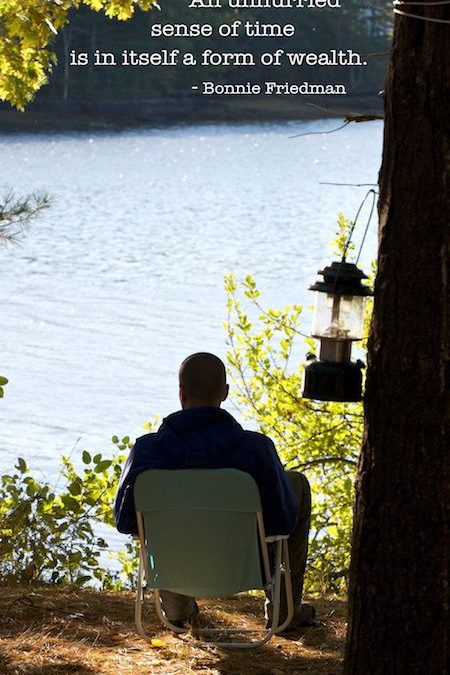 We’re living in an age of liminality.  Some of us are aware of it, already feeling its weight and disorientation. The signs are everywhere – if you look.  Liminality is that period of being in-between – the old stories we told ourselves about the future – especially about success – are being challenged, some fading into irrelevancy.
The fugue-like state we’re living is often messy and discomforting.  The old habits and beliefs we learned are in question – our sense of personal identity feels threatened.
If you’ve grown up in Western influenced cultures, your head’s been filled with dictums about the meaning (and methods) of success.  The prolific Benjamin Franklin warns, “Lose no time. Be always employ’d in something useful, cut off unnecessary actions.”  Industrialist and early time-management proponent Henry Ford evoked the American all-or-nothing ethos when he claimed, “Whether you think you can, or you think you can’t – you’re right.”
Some of the most well-known motivational speakers have channeled the early American pioneer can-do spirit.   Dale Carnegie, an embodiment of the rags-to-riches story was a poor farmer’s son who single-handedly invented the self-improvement business.
Carnegie, who created the famous Dale Carnegie Training Course, claimed,  “Inaction breeds doubt and fear. Action breeds confidence and courage. If you want to conquer fear, do not sit home and think about it. Go out and get busy.”
And American sports icon, Vince Lombardi’s prototypical 1950’s maxim, “Winning isn’t everything, it’s the only thing,” shaped two generations of thinking about competition and success.
While these men have inspired millions to set their sights higher and stay the course, they’ve also contributed to a legacy of confusion about the nature of work/life and access to equal opportunity.
Fran Grace, Ph.D a professor of Religious Studies at the University of Redlands, California writes, “Many of us have been raised to correlate worldly accomplishment with “hard work, “keeping our nose to the grindstone,” “living by the sweat of our brow,” and other self-stringent axioms inherited from a culture steeped in the Protestant ethic. According to this view, success requires suffering.”

“Thank God, It’s Friday,” – a common American expression (and still popular TGI Friday’s restaurant chain started in 1965) reflects our love/hate relationship with the treadmill of work and success.   In his TED talk on finding a kinder and gentler definition of success, essayist Alain de Botton shared the anxiety of the Sunday evening career crisis.
de Botton talks about the difficulties of striving in a culture where hopes for what we can achieve in a lifespan have never been so high while grappling with the illusions that those systems operate on real meritocracy.   de Botton talks about the pressures of relentless “job snobbery” where the standard question in most social circles is “What Do You Do?”
We want to succeed says de Botton and we’re enticed by the appearance of a spirit of opportunity, based partly on today’s sense of social casualness, that often is not real.   On one rack of the self-help book section, he points out, are volumes of books declaring – You Can Do It. On the other shelf are an equal number of books dedicated to depression and low self-esteem.
The drive for success, fueled by unprecedented technologies, stories of dazzling “overnight” wealth and omnipresent concerns about the future of work and the economy – have resulted in a pace of life that’s killing us (literally).   Working hard and harder has risen to a level of status.  Sleep deprivation and busyness are now something we both lament and brag about. In her article, Why I’m Eliminating the Word “Busy” from My Vocabulary, author Agapi Stassinopoulos writes, “It’s not that we are not busy and we don’t have a lot to do, but it’s as if our whole selves – body, mind and spirit – are being wrapped up in our daily to-do lists and we utterly lose perspective of the whole picture.”

How Can I be Enough if there’s Not Enough?

At the heart of our drives and anxieties is often a scarcity mentality. The chase to quell our fears is the unrelenting drive for more.  Every day must be productive – the goal post gets higher and higher. There’s the unrelenting self-promotion, rounds of social networking, perfecting elevator speeches and of course, continuous self-improvement.  If what I do is never enough to satisfy me – the drive for success can be punishing.
When, if ever, do we feel complete?
In her article, The Enough Economy, Robin Cangie writes, “Ask anyone what they want these days, and the answer will almost certainly revolve around having more of something. More money. More time. More respect. More space. More productivity. More innovation. More data. More education. More intelligence. More self-improvement. More sex. More of whatever it is that we feel we lack.”
We want more because we don’t feel we have enough. We seem to always be in the process of getting there, rarely arriving.  “Success” arrives when some great windfall arrives which we celebrate only briefly before moving on to the next benchmark in our life plan. Now we form “bucket lists,” things to do before we die.  While planning and goal setting can be valuable parts of our lives, we often sacrifice living life in the present moment for all that it is NOW.
In The Soul of Money: Transforming Your Relationship with Money and Life, author Lynne Twist, writes, “For me, and for many of us, our first waking thought of the day is “I didn’t get enough sleep.” The next one is “I don’t have enough time.” Whether true or not, that thought of not enough occurs to us automatically before we even think to question or examine it. We spend most of the hours and the days of our lives hearing, explaining, complaining, or worrying about what we don’t have enough of… Before we even sit up in bed, before our feet touch the floor, we’re already inadequate, already behind, already losing, already lacking something. And by the time we go to bed at night, our minds are racing with a litany of what we didn’t get, or didn’t get done, that day. We go to sleep burdened by those thoughts and wake up to that reverie of lack… This internal condition of scarcity, this mind-set of scarcity, lives at the very heart of our jealousies, our greed, our prejudice, and our arguments with life”

Escape From the Ordinary

It appears that in the last several generations, many of us have developed an intense need to be exceptional. I’m not talking about raising our standards for quality or learning – but feeling that everything we do must be greater than our last accomplishment and those of our peers.
The demand for “top talent” to be an A-lister, a “star performer,” drives many of our work related success dreams.  The business world sends a loud and clear message – excel against all odds.  Competency is boring, as is – the ordinary life.   “In this world, an ordinary life has become synonymous with a meaningless life”, writes Brene Brown.
The pressure begins as early as primary school – and in 21st century America, high school students are already deeply stressed about their future prospects.  In his iconoclastic 2012 Wellesley High School commencement speech, David McCullough, Jr. son of the Pulitzer Prize winning historian and longtime English teacher, began by saying , “You are not special. You are not exceptional.”
McCullough’s “radical” commonsense message went viral, precisely because it touched a deep chord in an era of overwhelming success anxiety, “You see, if everyone is special, then no one is. If everyone gets a trophy, trophies become meaningless. In our unspoken but not so subtle Darwinian competition with one another–which springs, I think, from our fear of our own insignificance, a subset of our dread of mortality—we have of late, we Americans, to our detriment, come to love accolades more than genuine achievement. We have come to see them as the point—and we’re happy to compromise standards, or ignore reality, if we suspect that’s the quickest way, or only way, to have something to put on the mantelpiece, something to pose with, crow about, something with which to leverage ourselves into a better spot on the social totem pole. No longer is it how you play the game, no longer is it even whether you win or lose, or learn or grow, or enjoy yourself doing it… Now it’s “So what does this get me?”
Relinquishing the illusion of a seamlessly planned future won’t be easy for cultures hooked on external achievements and public recognition. The road to this level of mental and emotional resiliency will be bumpy – but will surely release deep reservoirs of freedom and creative possibilities.
We can learn to appreciate the rest that comes from getting off the treadmill of constant self-valuation. We can learn to enjoy the liberalization that comes from releasing the tyranny of self vs. other assessments.
We can learn to find the subtle, pleasurable rhythms of ordinary life – and discover new forms of greatness there.

Related Articles: Reflections on the Busy Trap.  You Don’t Have to Be Motivated and Productive Every Day, Living in the Four Rooms of Wellness