The State of Your Attention ~ How to Engage Life More Fully 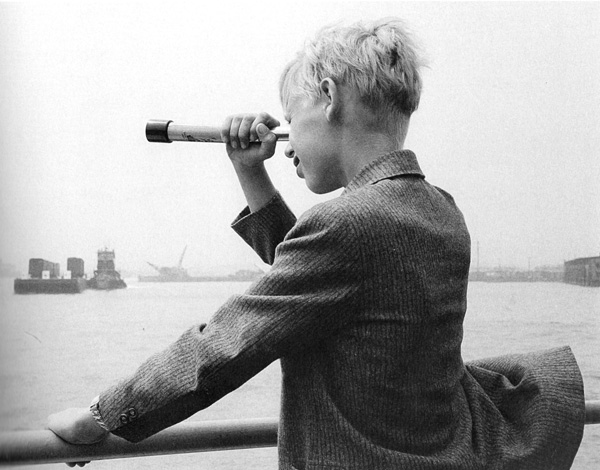 “To pay attention, this is our endless and proper work.” ~ Mary Oliver

The Buddhist teacher, Thich Nhat Hahn, captures the essence of paying attention – deep, sustained, perceptive attention – when he reminds us, “You have an appointment with life – you should not miss it.”
Lately I’ve been keenly aware that life today is filled with endless distractions.  These distractions, internal and external, are not all of my making. But being a creature of habit – I feel distraction creeping up on me and becoming more and more of my default state.
This concerns me greatly.
Perhaps it’s because when you reach a certain age you finally get that you don’t have all the time in the world to squander.  While I am a great advocate for the freedom to occasionally do nothing – I don’t want to waste precious time.
Distractions (what tech writer Linda Stone refers to as “continuous partial attention”) insidious as they are, have become the norm so quickly that it feels like a form of theft.
I watch toddlers so mesmerized by smartphones and tablets that no toy can get their attention. I sit with people for a meal and watch them interrupted constantly by texts and calls.  People drive and text and shop and talk and too few people seem aware of those around them.
Distraction, it seems, is now baked in the cake.
While I can’t control any of the things I observe, I can control the distractions that I have allowed to become routinized in my life. Even “back in the pre-digital age” I was always prone to multi-tasking. Concentration and focus rarely came easily and I often needed variety to get me on task. The digital era is a dream and trap for personalities like mine – there’s always something new happening – always a new dopamine hit.
University College London Professor Tomas Charmorro-Premuzic believes our typical patterns of focus have changed dramatically in the past fifteen years. When “information is bountiful,” he says, “attention is limited and precious.” Our current “crisis of attentiveness,” should come as no surprise, he says, because as much as absorption in the sensory world favored our evolutionary ancestors, the ability to ignore non-stop stimulus is adaptive today.
No need to litigate against multi-tasking – it’s an open and shut case. There’s ample research that shows when we do more than one task at a time – brain functioning splits between activities.
When you need to pay attention, your prefrontal cortex is activated. Since this area of the brain is part of the motivational system it helps direct your attention on tasks and coordinates with other areas of the brain.
The only way the brain can respond to demands to perform multiple activities is by dividing neural energy between tasks. Depending on the scope of the demand, multi-tasking can seem easier (such as when we check our phone and eat vs texting and driving). In any case, performance is fragmented, even strained. This gets more complicated when we are fatigued and as we age.
While research shows there are some benefits from an ability to shift attention rapidly, there’s a strong consensus that increasing distractions (computer users at work change windows or check e-mail or other programs, 37 times an hour, on average) represent unprecedented, prolonged demands on brain processes.  And research shows that only a tiny percentage of those studied, 2.5%, successfully multi-tasks without diminishing cognitive performance.
The nonstop interactivity is one of the most significant shifts ever in the human environment, said Adam Gazzaley, a neuroscientist at the University of California, San Francisco.  “We are exposing our brains to an environment and asking them to do things we weren’t necessarily evolved to do,” he said. “We know already there are consequences.”
The bottom line – task switching carries a cognitive cost – and that price seems to have long-term as well as short-term outcomes. It also costs in terms of productivity, in some studies by as much as 40%. In a culture that worries (some might say obsesses) over productivity levels, our increasingly fragmented attention should be cause for major concern.

Most studies that analyze productivity are looking at one thing – task execution.  The focus of most research into the subject reflects the prevailing cultural focus – make things happen, get things done and most important – translate that into economic activity.
If our outer focus is suffering, our inner focus is bereft from lack of attention.
I’m not talking about the busy, worried, ruminating mind – the one’s often on auto-pilot or rehearsing unhelpful storylines most waking hours.  Instead think of honing inner focus as deepening self-awareness – paying attention to the body’s physiological signals, making stronger connections between thoughts, feelings and behaviors and accessing intuitive messages that tap into our more authentic selves.
In the blizzard of information overload and endless productivity trials, there’s another lost aspect of most people’s attention – other people.  I like to include the phrase – people aren’t tasks – in as much of my writing as possible because too many of us regard others, perhaps unconsciously, as means to our ends.
Increasingly, we’re emotionally separated from others.  We have contact but little emotional intimacy.  Emotional connection requires us to pay attention not only to what others are feeling, but often to our own discomfort in the process.
The fragmentation of attention has also resulted in the fragmentation of relationships.  We’re living in an era where relationships are commoditized as never before.  As neighborhood communities disappear and trust in general erodes we’re forced to redefine the entire nature of relationships.
Writing in The Ascent of Humanity, Charles Eisenstein describes a world where “professionalism” is replacing the intimate involvement we once had in each other’s lives.
“Friendships, he writes, “are now to found in the proliferating professions of life coach, grief counselor, psychologist, spiritual adviser, and so forth. Wise advice and a steadying hand, a person to turn to and a shoulder to cry on—these too are now for sale. The rapid growth of these “services” can mean only one thing: again, that something people once did for themselves and each other has been taken away from them and sold back.”
The social cost of less intimate connections, exacerbated by our increasing lack of attention to others, shows up in our growing tendencies to mistrust. The decision to trust, often fueled by a complex range of emotional experiences and highly idiosyncratic thinking, is in rare supply these days. Americans, polls show, have grown more suspicious of others in their everyday encounters, with nearly two-thirds believing, “you can’t be too careful” in dealing with people.
Instead, according to Eisenstein, we’re outsourcing trust to professionals we pay relying on various kinds of certification and licensing to assure validity and competency.  That’s how I know I can trust you.  This, of course, is especially true in the burgeoning businesses of child and elder care.  The seeds of our mistrust are scattered throughout the culture, growing as cynicism (that bulwark of emotional defense) and even despair.

Writing about her late, beloved life partner, photographer, Mary Malone Cook (whose photo, Boy with a Telescope is above) poet Mary Oliver remarked, “Watching M. (Mary) when she was taking photographs, and watching her in the darkroom, and no less watching the intensity and openness with which she dealt with friends, and strangers too, taught me what real attention is about. Attention without feeling, I began to learn, is only a report. An openness — an empathy — was necessary if the attention was to matter.”
Attention, as Oliver brilliantly perceives, draws us deeper into life.  An attentive presence, says Oliver, is an empathetic one.
Whether we characterize the optimal state of rapt attention as “flow” (a term coined by psychologist Mihaly Csikszentmihalyi) or what the Buddhists call mindfulness – being fully present with an in the moment awareness and attentiveness to body, emotions, thoughts – to whatever we are doing, alone or with others
In this state, each activity, however mundane, has our full attention. One of the distinguishing hallmarks of being fully present is that experience feels fresh and spontaneous.  What we are present to is often memorable because it is embodied.
When we bring our full attention to our interactions with others, the common power-play dynamics that characterize so many interpersonal interactions feel artificial and unsatisfying.  From this place, we can understand that “knowing” we are present arises out of presence itself.
By it’s very nature, a distracted mind is often filled with unease and tension.  Impatience and frustration are common emotional states when attention is fragmented and frenetic. When we’re in distracted states, our breathing is usually choppy (or held-in) and we rarely experience the feeling of being at home in our own body.
So what is fulfilling about allowing ourselves to be constantly distracted?
What holds us back from staying more present?

If we don’t consciously choose where we want to direct our attention – and how – we’ll be further pulled by whatever stimulus comes our way. Right now, teams of people are figuring out more clever and surreptitious ways to grab your attention.  The goal is to determine our personal algorithms and use them to distract us in ever more sophisticated ways.
Your choice is to decide how you want to respond.
If attention is energy, we’re all wasting too much of it.
The way we use our attention shapes our lives. It fills the contents of our days, which become our years. What we attend to can enrich our lives – or fill our time with unmemorable busyness.
Once again looking through Mary Oliver’s special lens on the world, she asks the ultimate question –
Tell me, what is it you plan to do
with your one wild and precious life?”